The end is near! The end is near! The last three seasons of Buffy the Vampire Slayer stand between me and finishing off this long and multi-part post of my favorite episodes. While Season Five is mostly considered a great season to most fans, opinions are divided on Seasons Six and Seven. During the original airings of those two season, I wasn’t the biggest fan for them except for a few episodes that were highlights for me, but throughout the years my opinion has changed (somewhat). Though I personally think they are still the weakest of the series, there are some plotlines that are very powerful and showcase some extraordinary acting moments from the talented cast.

The format for this last part is a bit different. It will still be broken up into two sections: one for Seasons Five and Six, and Season Seven will be its own standalone part. I’m posting these first with added comments later due to time restraints, recent distractions of the entertainment and personal variety, and Finals Week at work – we techs go into Panic and Insanity Mode at the end of the semester with panicking students coming in to print papers, finish assignments past due, and cram for exams an hour before class. Needless to say, that cuts into my writing time. I will update the blog posts by the end of the coming week and will add an “Update” notice, so expect my Two Cents to be added to the posts.

While I go on a brief hiatus from our Slayer, enjoy the following screenshots, characters, and quotes from Seasons Five and Six.

As always, there are spoilers below, so please tread carefully if this is your first time checking out these episodes. 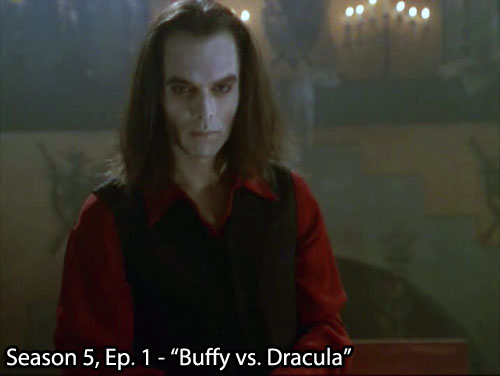 Notable Quote: “Where is he?! Where’s the creep that turned me into his spider-eating man-bitch?” “He’s gone.” “Dammit! You know what? I’m sick of this crap! I’m sick of being the guy who eats insects and gets the funny syphilis. As of this moment, it’s over. I’m finished being everybody’s butt-monkey!” “Check. No more butt-monkey.” – Xander and Buffy

Notable Quote: “And another thing I just want you to know, this whole “beat you to death” thing I’m doing? This is valuable time out of my life I’m never gonna get back.”  – Glory

Notable Quote: “This is insane. You people have no right to interfere with Tara’s affairs. We are her blood kin! Who the hell are you?” Mr. Macclay

Notable Quote: “…Every Slayer…has a death wish. Even you. The only reason you’ve lasted as long as you have is you’ve got ties to the world…your mum, your brat kid sister, the Scoobies. They all tie you here, but you’re just putting off the inevitable. Sooner or later, you’re gonna want it. And the second- the second – that happens…You know I’ll be there. I’ll slip in…have myself a real good day. Here endeth the lesson. I just wonder if you’ll like it as much as she did.” – Spike, speaking to Buffy about the second Slayer he killed, Nikki (Robin Wood’s mom)

Notable Quote: “Trying to send him to a specific place is sort of like, like…trying to hit a puppy by throwing a live bee at it. Which is a weird image and you should all just forget it.”  – Willow

“It’s possible that he’s in the land of perpetual Wednesday, or the crazy melty land, or, you know, the world without shrimp.”  – Anya 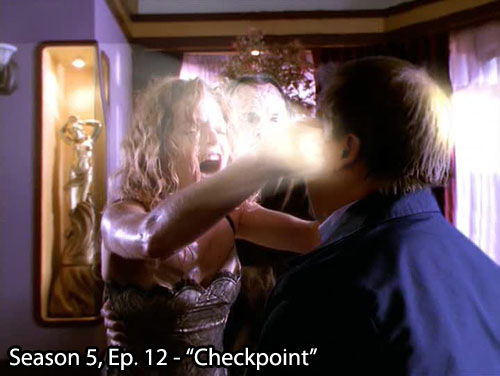 Notable Quote: “You’re Watchers. Without a Slayer, you’re pretty much just watchin’ Masterpiece Theater. You can’t stop Glory. You can’t do anything with the information you have except maybe publish it in the Everyone Thinks We’re Insane-O’s Home Journal. So here’s how it’s gonna work. You’re gonna tell me everything you know. Then you’re gonna go away. You’ll contact me if and when you have any further information about Glory. The magic shop will remain open, Mr. Giles will stay here as my official Watcher, reinstated at full salary…” – Buffy

Notable Quote: “What…is this? The late-night stakeout, the bogus suspects, the flask? Is this a date?” “A d-Please! A date? You are completely off your bird! I mean…do you want it to be?” “Spike, the only chance you had with me was when I was unconscious.” – Buffy and Spike 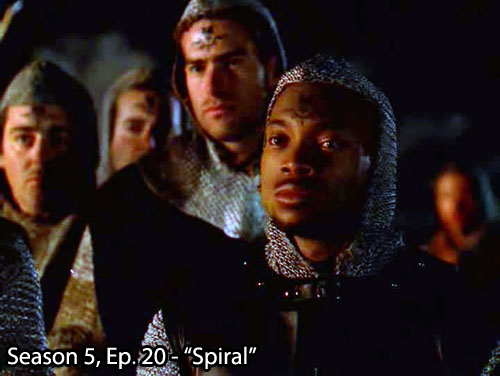 Notable Quote: “Scenario: We raise Buffy from the grave. She tries to eat our brains. Do we: a) congratulate ourselves on a job well done-“ “Xander, this isn’t zombies.” “And zombies don’t eat brains anyway, unless instructed to by their zombie master. A lot of people get that wrong.” – Xander, Willow and Anya 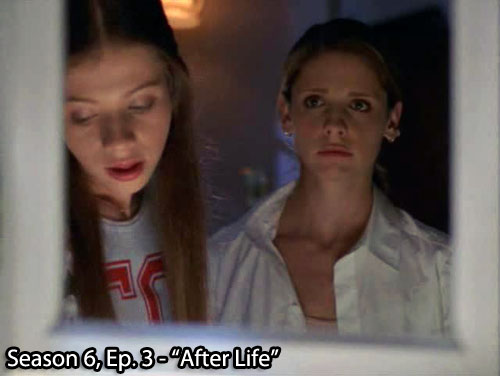 Notable Quote:  “Wherever I…was…I was happy. At peace. I knew that everyone I cared about was all right. I knew it. Time…didn’t mean anything…nothing had form…but I was still me, you know? And I was warm…and I was loved…and I was finished. Complete. I don’t understand about theology or dimensions, or…any of it, really…but I think I was in heaven. And now I’m not. I was torn out of there. Pulled out…by my friends. Everything here is…hard, and bright, and violent. Everything I feel, everything I touch…this is hell. Just getting through the next moment, and the one after that…knowing what I’ve lost… They can never know. Never.” – Buffy

“He kept poking me with his hook. I sent him over to Charmed Objects. With any luck, he’ll poke the wrong one and end up in an alternative dimension inhabited by a fifty-foot Giles that squishes annoying teeny pirates.” – Giles

Episode 7 – “Once More, with Feeling”

Notable Quote: “The hardest thing in this world…is to live in it.” – Dawn

Notable Quote: “Magic! Magic’s all balderdash and chicanery. I’m afraid we don’t know a bloody thing. Except I seem to be British, don’t I? Uh, and a man. With…glasses. Well, that narrows it down considerably.”  – Giles 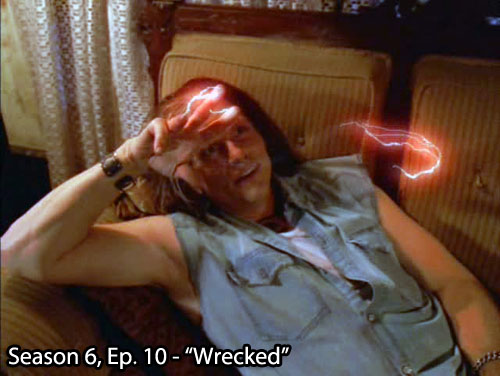 “Are you kidding, it was like a meat party in my mouth! …Okay, now I’m just a kid and even I know that came out wrong.” ­– Dawn

Notable Quote: “Give a bloke a chance for his eyes to adjust. Damn fluorescent lights. Makes me look dead.”  – Spike 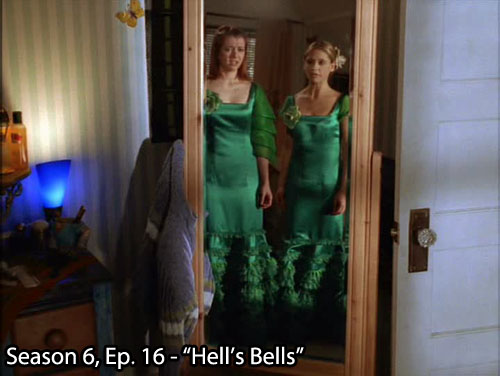 Notable Quote: “I, Anya, promise to cherish you. Yeah, no, not cherish. Um, I promise to have sex with you whenever I want, and uh, uh, pledge to be your friend, your wife, and your confidante, and your sex poodle-“ – Anya

Notable Quote: “Mmm, I forgot how good this could feel. Us. Together. Without the magic.” – Willow

Notable Quote: “It was an accident, you know.” “Oh. You mean, instead of killing my best friend you killed my girlfriend.” “It wasn’t personal, that’s all.” “Well, this is.” – Warren and Dark Willow

Notable Quote: “First day of kindergarten. You cried because you broke the yellow crayon, and you were too afraid to tell anyone. You’ve come pretty far, ending the world, not a terrific notion. But the thing is? Yeah. I love you. I loved crayon-breaky Willow and I love…scary veiny Willow. So if I’m going out, it’s here. If you wanna kill the world? Well, then start with me. I’ve earned that.” “You won’t think I won’t?” “It doesn’t matter. I’ll still love you.” “Shut up!” – Xander and Willow