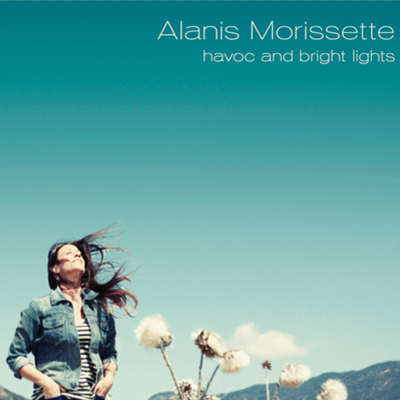 A few months ago, I wrote about the release of the first single off of Alanis Morissette’s newest album, Havoc and Bright Lights. “Guardian” represented a new chapter in Alanis’ personal life that included a marriage to rapper Souleye (aka Mario Treadway) and a child, her son Ever Imre. The lyrics to “Guardian” showcased Alanis’ newfound motherhood by being a ‘guardian’ for her child, or in the case of the song, love and protectiveness over those who need it. The video for the single was a tribute to the beautiful Wim Wenders film Wings of Desire. That name may sound familiar – the film was later remade into the American film City of Angels, which also featured an original track from Alanis (the hauntingly beautiful “Uninvited”). 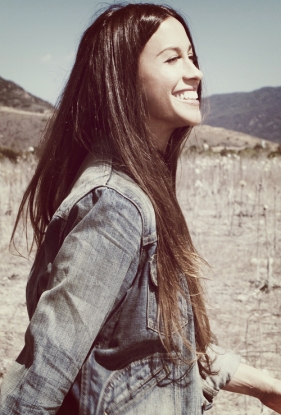 Alanis Morissette is an artist that has pursued many artistic projects throughout her long career. From starting off in television to appearing in films, and releasing one of the biggest albums of the past 20 years (that would be Jagged Little Pill), she is still rockin’ and confessin’ and sharing herself to the world. In recent years (OK, the last 15 years), she has appeared on TV shows like Up All Night, Weeds, and Nip/Tuck, films like Dogma and Jay and Silent Bob Strike Back (playing the most well-known of deities, God). She has also recently appeared as a mentor and performer on popular dance and singing shows like American Idol, The Voice, and Dancing with the Stars. And on top of that, she has spent the past few years working on her magnus opus – a book covering her thoughts on life, spirituality, artistry, and whatever random topics flow through her subconscious.

Even with her extracurricular activities, Alanis never strayed far from her first passion – music. August 28th of this year saw the release of Alanis’ sixth studio effort (since she crossed the Canadian border and made it to the good ol’ U.S. of A.), Havoc and Bright Lights. A companion piece to her 2008 release, Flavors of Entanglement, Alanis has shown a musical evolution in her most recent work while still writing her trademark confessional and observational lyrics about her own life and the world around her. Flavors of Entanglement was her excellent (and underrated) reflection on the beginning and end of a long-term relationship, namely her high-profile engagement to actor Ryan Reynolds, along with other topics that looked at humanity.

Though FOE was well-received by critics and fans alike, it never ignited the album charts – as what’s been happening to her albums since the release of Supposed Former Infatuation Junkie in 1998. Fans still flocked to her concerts, bought and downloaded her music through online music sources, and caught her on her various TV show performances. And while she may not be selling truckloads of albums anymore, it doesn’t mean that Alanis still isn’t making music that speaks to her listeners in intimate strokes of emotions that speak to us.

I think Flavors of Entanglement never got the attention that it truly deserves. It is one of Alanis’ best albums in years, and is my favorite album along with Supposed Former Infatuation Junkie. SFIJ showed lots of maturity on a musical and spiritual level in comparison to Jagged Little Pill, her huge break-out hit. It has some amazing music and lyrics, courtesy of producer Guy Sigsworth, who brought some beautiful, dreamy, and ambient electronic flourishes to her music. The combination of electronic music with Alanis’ signature alt-pop-rock style is showcased beautifully in tracks like “Citizen of the Planet,” “Straitjacket,” “Tapes,” and my favorite from the album: “Moratorium.” 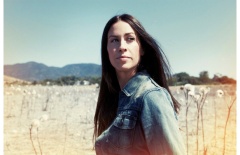 Havoc and Bright Lights continues her musical relationship with Guy, and it is also another fine album following in the footsteps of FOE. There are some slight hiccups that derail the album, but overall it is definitely an album worth checking out if you’re a life-long Alanis fan like me or are new to her music. For newbies who have heard her older material but have not bought an Alanis album, this is a fine bridge between her 1990’s albums with her 2000’s albums. There are a lot of positive moments on this album; though a lot of Alanis’ music is quite positive, yet people dwell on the angry alt-rock chick alter-ego that was so huge to her image when JLP first came out. That’s a disservice to Alanis because albums like SFIJ, FOE, and HABL have lots of bright moments that shine in-between her pain and self-doubt, which are both common themes in her self-confessional music.

There are some really awesome songs and some good songs, but there’s not really a bad song in the bunch. I can think of two that are not necessarily my favorites, but I don’t cringe when I listen to them. “Havoc” and “’Til You” are the two weakest tracks – both are slower ballads that break up the album a little bit after following strong tracks like “Numb” (before “Havoc”) and “Woman Down” (before “’Til You.” There are also two tracks that seem out-of-place but work for the eclectic-ness of this album: “Woman Down” (a quite-catchy female-empowering song, which seems a bit odd in regards to the lyrics) and “Celebrity” (about enjoying the excesses and emptiness that fame offers). 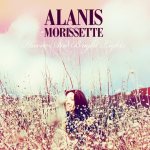 The strongest tracks on the album are: “Guardian,” “Lens,” “Spiral,” “Numb,” “Receive,” and my favorite, “Edge of Evolution.” “Edge of Evolution” is a huge departure for Alanis, both musically and lyrically. An anthem about evolving towards self-consciousness, the track starts off with an interesting electronic intro reminiscent of classic Nintendo-era music, before kicking into its powerful chorus filled with great guitar work, drum tracks, and bass lines courtesy of her talented band. For those who love Alanis’ rock-ier material, “Numb” certainly does not disappoint.

I leave you with the choruses for all twelve tracks. My song recommendations to check out and download are “Guardian,” “Numb,” and “Edge of Evolution.” “Edge of Evolution” can also be heard in movie theaters around the country – apparently they’ve been playing it during the trivia portions of the pre-movie ritual known as incessant and obnoxious advertising. People are hearing the song in the theater and seeking it out on the Internet, which makes me very happy as it it an awesome track.