Welcome back, fellow geeks-in-arms and readers of fascinating articles/blogs that find me interesting and/or somewhat amusing. In my previous post, the first of 2014 for this fine blog, I briefly touched upon my absence from the blog and the coolest thing I did in 2013. Going on my first solo trip to New York, Massachusetts, and Canada with family broke up the chaos that was in my life at the time. I see a repeat this year with one of my closest homies, so I’m totally excited to pretend to know Canada enough to show her around.

My epic trip was sponsored by Lost Girl, ‘cause that damn show is all sorts of kickass fun!

The trip to Canada for Fan Expo was a random idea that hit me while watching the Season 3 premiere of my current favorite “on-air” show, Lost Girl. I got into the show in early 2012 after reading a lot about it online, and deciding “Why the hell not?” and giving it a shot. Thank the Geek Gods that I did, because it quickly became a favorite. I had to tell my best friend about it, and I got her hooked after a marathon weekend viewing of it, complete with Chinese food and enough booze to kill a couple of sailors and Vikings. She started spreading the word to her friends, and by the end of last year I had lots of friends addicted to the series. Even got my roomie into it, and we watched all of Season 4 together, every Sunday. I may have turned her into a fellow fangirl too…

Lost Girl inspired me to head to Fan Expo Canada to see the cast live and check out their panel and possibly meet them as well. Also going through a then-messy break up might’ve influenced me too. What better way to get over someone than traveling across the country on an epic adventure to freak the geek out about your favorite show with fellow fans (er, Faen’s)? The show has also inspired me in many different ways – both creatively and personally. I loved its refreshing take on sexuality, same-sex relationships, and the main platonic relationship between the two lead characters, Bo Dennis and Kenzi Malikov. For the longest time Kenzi didn’t have a last name, but we finally learned it in the Season 4 finale, which I refuse to talk about ‘cause FEELS.

Random Character Observations Break: In my close circle of friends, we’ve got the following: I’m Hale, my ex is Dyson, my bestie is Kenzi (totally platonic, though), another homie’s like Trick, and my crush is totally Lauren. Add a dash of Bo, and I fit my OTP on the show – Doccubus. No triangle here – my life is already weird.

So, the idea for the trip was planted deep within my psyche, and it was a matter of finding out the following: 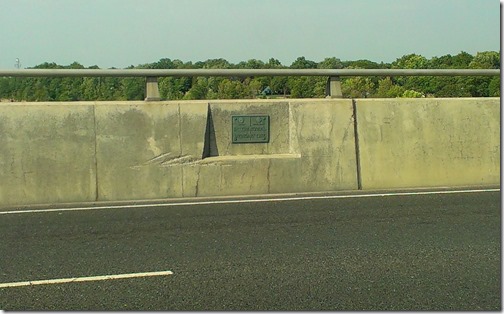 One of the bridges between the U.S./Canadian border – the Kensington crossing .

Despite massive obstacles that tried to derail me, I was hellbent on going on this trip. I bought my ticket to Fan Expo, bought my plane tickets to Buffalo, NY and back, and I made arrangements at work to be off for almost 2 1/2 weeks. I also had a family member that I hadn’t seen in to decades offer me a place to stay, which was cool ‘cause I got to see and hang with family that I haven’t seen since 1993. I had brand-new cool clothes and was ready to go…

…but I couldn’t find my stupid passport.

Panic started to set in. I had been searching for my stupid passport for months, trying to remember whether the ex had brought it with all my stuff. I tore my apartment apart, searching through every nook, cranny, and dusty spot with no luck. I had a flight to catch in the morning and I still had some clothes I needed to wash, and my anxiety levels were skyrocketing. My roomie happened to point out the one spot I hadn’t checked, and BAM! Found the friggin’ thing. It was a good thing ‘cause I flew into Buffalo on a Friday, and my uncle was going to take me to Niagara Falls (the city and location) and Niagara-on-the-Lake the next day.

I was packed and quadruple-checked to make sure I had everything I needed, had my 32GB SD card ready to take a ton of pictures on my trip and at Fan Expo, and I ran screaming from New Mexico for two weeks. I was off to New York, Massachusetts, and Canada, and I was prepared to fangirl over all of my favorite Canadian actors and TV shows and films. I guess you can call me a lifelong Canada-phile who swears she was Canadian in another life. I blame it early 1980’s Nickelodeon and Canadian imports like You Can’t Do That On Television and Out of Control for shaping me and turning me into the “smarcastic” (smartass & sarcastic) person I am.

This concludes Part 1 of my multi-part adventures in New York, Massachusetts, Canada, and endgame at Fan Expo Canada. Part 2 will be posted shortly.