The music world was rocked last night by the death of a very well-liked and respected musician and vocalist who fronted one of the bigger bands of the 1990’s Nu-Metal movement. Wayne Static (real name Wayne Richard Wells), likeable and amazing frontman of the “Death Disco” band Static-X, passed away yesterday – November 1st, 2014. If you’re in your early 20’s through your 40’s, then you remember when Static-X first invaded radio airwaves with their Industrial Dance Metal, infused with bits of Ministry, dance music, and nu-metal riffing thrown together into a very catchy mix.

I was a huge fan of the band in high school, jamming out to their music with my friends in art class and after school as we cruised around town, looking for something to do. I was already a fan of Industrial, Goth, Dark Techno, and Electro Music (and their many sub-genres), and I had been listening to metal for a few years before then. I had just gotten into Static-X and I had my copy of Wisconsin Death Trip with me in art class one day when a friend came up and asked if he could trade two CD’s for it. I looked at the two CD’s he was offering and was surprised that he was willing to trade them to me for my copy of WDT. What were those albums? Ministry’s Psalm 69 and White Zombie’s Astrocreep 2000. I thought he was an idiot at the time ‘cause those two albums are classic of their genres, and you can hear the influence of both records in Static-X’s music. I realize later on how awesome of an album WDT was, and I ended up buying another copy. 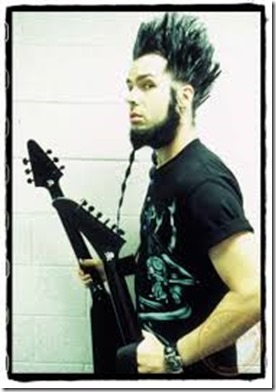 Static-X led me to my favorite metal band, Fear Factory, who at the time toured with the band constantly. Both bands have appeared in Albuquerque countless times, but they had a co-headlining tour that I really wanted to go to. I wanted to see Static-X more than Fear Factory at the time, but was excited that both bands were coming to town. The reverse is true now, but that would’ve been an amazing concert to go to. I have friends who were and are still huge fans of the band like me, and we’re all shocked by Wayne’s passing.

From what I’ve heard from fellow fans who have met the band countless times: Wayne Static was one of the coolest people you could ever meet. He was affable, nice, funny, smart, and very cool to the fans. He loved what he was doing, loved the music that he was playing for the masses, and he had a killer stage presence – half of it was his Bride of Frankenstein-inspired hair, the other half was his growling vocals that anchored all of Static-X’s songs.

He will be greatly missed by not only those in the music community who knew the guy personally and played with him and collaborated with him often, but by the many fans who grew up and were inspired by his music, like me. I was just recently jamming out to Static-X one night while running some dungeons in World of Warcraft (that’s pretty nerdy), and I felt like I was transported back to high school in a flash. The band’s music holds up very well; while not groundbreaking music, it has a place in the American Heavy Metal pantheon of bands who mixed several different genres into their music seamlessly. 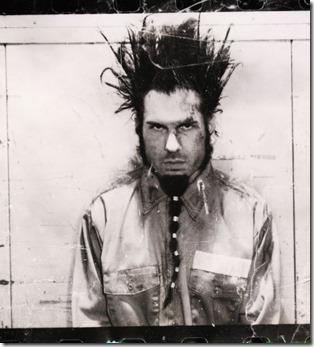 Static-X officially broke up last year, but before then Wayne had his own solo project dubbed Pighammer. He released a solo record back in 2011 and if you’re a fan of Static-X, you’ll definitely love the record. Static-X was getting ready to go on the road with his solo band on a co-headling tour with Powerman 5000 and Drowning Pool – two bands that were also part of the heavy music/nu-metal wave of the 1990’s – before his sudden passing.

R.I.P. Wayne and thank you for the many years of music that helped this gal out through the growing pains of life. For nostalgic purposes, or if you want to check out their music, check out the playlist below: