A Happy Friday the 13th to everyone! Remember to start your Friday the 13th marathon soon, and that includes the TV series (a decent watch for nostalgia’s sake). Also, black cats are your friends so please treat them with kindness – they are good luck, after all. And darn cute too! I almost laughed out loud at work earlier because someone had the classic “ch-ch-ch-ha-ha-ha” sound as their ringtone. Try to get that out of your head for the rest of your day. 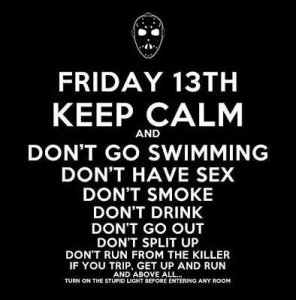 Over the past few weeks (months even) there’s been a plethora of all sorts of awesome geek and pop culture news from around the world. I try to keep up with it all, and that’s what this post is all about. I’ve got quite a few cool bits of awesome new stories and events to share, so let me get a typin’. These are just some of the stories…** [cue Law & Order DUN-DUN]

Thank You Shoot/Person Of Interest Fans! ^-^

A quick shout-out to the curious readers and fans of Shoot and Person Of Interest who have been reading my latest blog post. I hope it’s been a fun read, and if you find yourself watching Shoot videos for the next several hours – no need to thank me. The first round of the AfterEllen poll closed today, so I will be posting the link to Round 2 on Monday as soon as it’s released.

Here’s another awesome fan video as my token of much appreciation for visiting Geeky Voyage and letting me geek out about one of my favorite couples:

Live in Denver, Phoenix or Dallas? Your Comic Cons Are Just Around The Corner!

Albuquerque once had a pretty big comic convention that ran for a few years called the Albuquerque Comic Expo. Sadly, it is no longer around due to several circumstances. Fortunately, there are several large out-of-state comic conventions in our neighboring states that aren’t far to drive to and one can go on a weekend excursion to. Check out the three major Southwestern USA conventions below:

If you’ve read my latest post about Person Of Interest’s Root & Shaw (#TeamShoot), you’ve probably seen me mention that I’m a big Amy Acker fan. I’ve been a fan for years and I am beyond excited to be seeing her for the first time. There’s also a lot of Whedonverse actors attending as well – I’m hoping for a panel featuring all of them. Oh, my lil’ geeky heart can barely contain itself! <3

If there are any local fans who want to do a meet-up, or are willing to show a first-timer around, send an e-mail to sylentmari@gmail.com. Would love to hang out with like-minded geeks. I’ll be attending all three days – so glad my work is on a school break the same weekend.

Excuse the language for a second, but GILLIAN MOTHERFUCKIN’ ANDERSON is one of the special guests of this con. As a lifelong X-Files fan who started watched the series since the beginning and has followed Gillian’s career since, seeing her or even meeting her would be beyond badass. In my Celebrity Bucket List of People I Want to Meet, she’s at the top of the list (followed by Lucy Lawless and Eliza Dushku). She doesn’t do many convention appearances, so this is a rare opportunity to see her.

Lots of Whedonverse actors at this convention, along with two rare appearances by husband & wife team Alexis Denisof and Alyson Hannigan (Buffy and Angel fans just had a heart attack). There’s a lot of great guests to and I’ve heard that this is an awesome convention to attend (from a family member that attends every year). So Southwest USA fans: you’ve got your pick of three awesome conventions to check out in May.

The End Is Nigh For The Lord Of Hell: Clive Barker’s The Scarlet Gospels Finally Being Released – May 19th, 2015 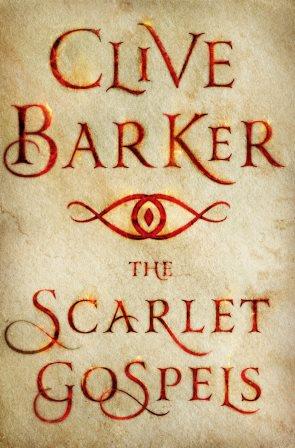 For years fans have been clamoring for more stories based on the Lord Of Hell, the Lead Cenobite, the “Guy in the S&M” gear – Pinhead, the lovable horror character from the Hellraiser series of films (total guilty pleasures after Hellbound: Hellraiser II; Hellraiser: Revelations is utter crap). Pinhead and his fellow Cenobites have captured the imagination of horror fans for years since their first appearance in the Clive Barker novella The Hellbound Heart. Over 20+ years later and Clive is re-visiting that world and bringing in a familiar face (Harry D’Amour) to help stop Pinhead from conquering Heaven, Hell, and our world.

The original manuscript for this book clocked in at a whopping 2000+ pages, but has been whittled down to 352 pages of Harry’s battle against Pinhead, who is murdering all of Earth’s magicians and occultists for his own nefarious purposes. While i’m sad to see an end to Pinhead’s story, it’ll be cool to re-visit his story and see how it concludes when The Scarlet Gospels is released this coming May.

Lucretia will always be one of my favorite villainesses (Spartacus series)

Rejoice, Xena fans! Lucy Lawless will be re-teaming with her former Xena co-star, Bruce Campbell (we need a channel dedicated to him), in the Evil Dead spinoff series Ash vs Evil Dead, premiering sometime this years on the STARZ channel. I have many fond memories of Bruce as the suave & dashing thief Autolycus kicking major ass alongside Xena (or getting his ass kicked by her) in the episodes his character starred in, so it’ll be a ton of fun to see them on the small screen together again.

This time, though, Lucy’s character, the super-mysterious “Ruby,” is at odds with Ash. She thinks that he’s the one who brought the Deadites back into our world after their re-appearance in the years post-Army Of Darkness. Besides the Deadites, Ash is gonna have to do his best to convince Ruby that he’s not the cause of their return, but he will be the cause of their gory, juicy, nasty, bloody deaths (as is common whenever Ash, his trusty boomstick and chainsaw, and Deadites are involved).

I want this show to premiere now! The show will have a run of ten episodes and more have not been announced; could just be a mini-series spinoff. Either way, I need more Evil Dead and Bruce Campbell in my life.

The Fall Returning For A Third Season; Fans Around the World Rejoice 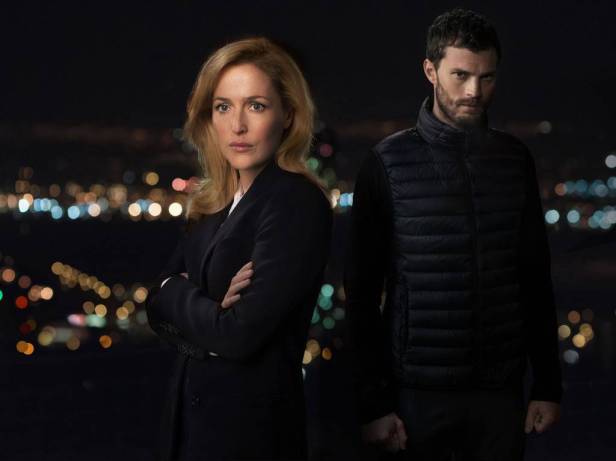 One of my favorite new series is the dark crime drama The Fall, which stars Gillian Anderson and Jaime Dornan in a modern “cat and mouse” chase between Detective Superintendent Stella Gibson (my dream woman) and Paul Spector (a narcissistic bastard who sexually abuses, tortures, then murders his victims). I’m hoping we won’t see a long delay in the third season arriving on Netflix and TV sets across the globe. If you haven’t seen an episode of the series, I recommend that you find a free weekend or day to binge-watch the first two seasons, which total 11 episodes (and each one is about an hour long).

The ITV/BBC Two series has a large worldwide following and it only continues to grow as people discover it on Netflix, which has had exclusive streaming rights for the series for the past two years. It was a bit too dark for my family’s liking, which is kind of surprising considering that we’re all fans of Luther, which can be quite dark & gritty 99% of the time. I’ll win them over someday.

Gillian’s such a strong lead actress and her character is very no-nonsense and is immune to bullshit and misogyny. She’s confident in her abilities, she’s very independent, and she will do what she needs to solve the cases that come her way. And she will not put up with an asshole like Paul Spector either.